Yesterday, the Central Election Commission (CEC) of Russia declared incumbent President Vladimir Putin the winner of Sunday's presidential elections amidst heavy criticism from opposition groups and western media. Although the results were preliminary and not all votes counted, Putin's lead was insurmountable and he was declared the winner.

According to the CEC, Putin won nearly 77% of the popular vote, running as an independent despite his preceding longtime affiliation with the United Russia party. In second place was Pavel Grudinin, the candidate for the Communist Party, who received just under 12% of the vote. The CEC reported a turnout above 67% of all eligible voters.

Before official results were announced, Putin held a victory celebration in the Manezhnaya Square in Moscow on Sunday night. Hours after the final polling stations closed, he was on stage before a large crowd leading them in patriotic chants. It's very important to maintain this unity, said Putin. We will think about the future of our great Motherland.

Foreign news media have been heavily critical of the election. Numerous CCTV recordings appear to show ballot stuffing. State television in Russia have claimed many video recordings to be fake. The Moscow Times reported, Russian citizens living abroad but eligible to vote had a turnout of 98% and 84% of those voted for Putin.

The OSCE, which had observers in Russia for the election, said there was a lack of genuine competition because of restrictions on the fundamental freedoms of assembly, association and expression, but the CEC had operated efficiently and openly.

Vladimir Putin first became President of Russia in 1999. He has held the office since then except for one term when Dmitry Medvedev was in office due to term-limit restrictions. The presidential term in Russia is six years but it was four years during Putin's first two terms. 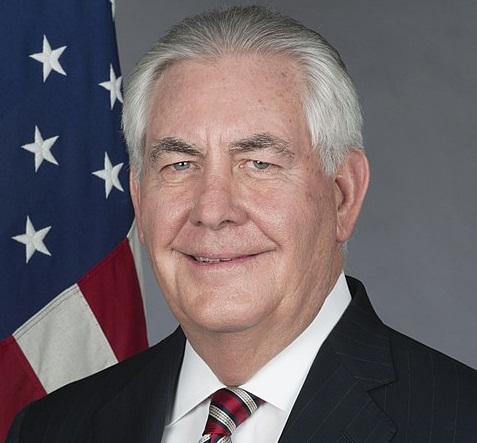 United States President Donald Trump announced on Tuesday, that Rex Tillerson will no longer serve as the Secretary of State. Trump will nominate Mike Pompeo, the current CIA director as